New digs for the Asian leopards at San Diego Zoo 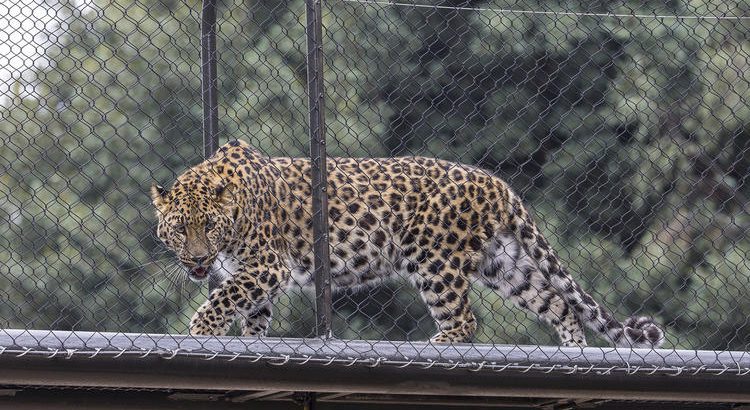 Cats — large and small — like to be in high places, all the better to see their surroundings. And so the leopard exhibit at the San Diego Zoo, which opened Friday, has overhead passageways for the animals to cross between exhibits. The animals get to gaze down at patrons, just a few feet away.

The passageways are a first for the zoo as it continues to upgrade some aging exhibits. The new 5,500- square-foot exhibit cost $3 million, with more than 1,600 donors. Having the cats up high, said senior keeper Todd Speis, gives the animals what they want and also a better view for visitors. The zoo has two male Amur leopards and one male and two female snow leopards. The passageways have doors that keepers will control to keep the species apart.

The snow leopard population, native to the rugged mountains of Asia, is declining. Estimates put it at about 7,000. The amur leopard, native to southern Russia and northern China, is considered the world’s most critically endangered big cat, with only 40 left in the wild.

The San Diego Zoo hopes to increase its number of Asian leopards – through a breeding program, with cats brought in from other zoos for the purpose. Part of the new exhibit is a “nursery” for a mother and her cubs, with a glass viewing area for visitors.