With the condos in 181 Fremont in San Francisco, developer Jay Paul Co. set out to prove that San Francisco is a global city worthy of eye-popping prices for homes.

It appears Jay Paul is on track — at least with the first penthouse sale in 181 Fremont. The three-bedroom, 3,326-square-foot home sold for $15 million or about $4,509 per square foot setting a record as the highest price-per-square-foot condo sale in San Francisco. The buyer was not disclosed.

Compared with condo prices in cities such as London, New York and Hong Kong, “the price that was paid was not unheard of, in fact, it was probably a bargain,” said Matt Lituchy, chief investment officer for Jay Paul Co.

The developer targeted a superior level of luxury — and pricing — with 181 Fremont, which is Jay Paul’s first San Francisco development, first high rise, and first residential project. The $680 million, 55-story tower includes 436,000 square feet of office on the bottom 36 floors leased up by Facebook and homes on the upper 17 floors.

The building is among a wave of new ultra-luxury condo projects hitting San Francisco. Previously, Trumark Urban’s The Pacific in Pacific Heights set records for high prices in a 76-unit condo project that recently sold out. In 2015, a buyer paid about $30 million or about $5,556 per square foot for a penthouse in 2006 Washington St. in San Francisco, but that was a co-op or shared ownership sale, which is different from a condo purchase. The highest purchase price for a condo in San Francisco involved a 20,000-square-foot penthouse in the St. Regis that sold for $28 million in 2011.

Jay Paul started sales of 55 homes in 181 Fremont back in 2016 while the building was still under construction and began welcoming the first residents in May. The building has 67 total units, but 12 are smaller “accessory” units set aside for owners of other units.

The three upper floors of the 802-foot-tower consist of four penthouses that each take up half a floor and a nearly 7,000-square-foot grand penthouse on the top floor that is listed at $42 million or about $6,000 per square foot. 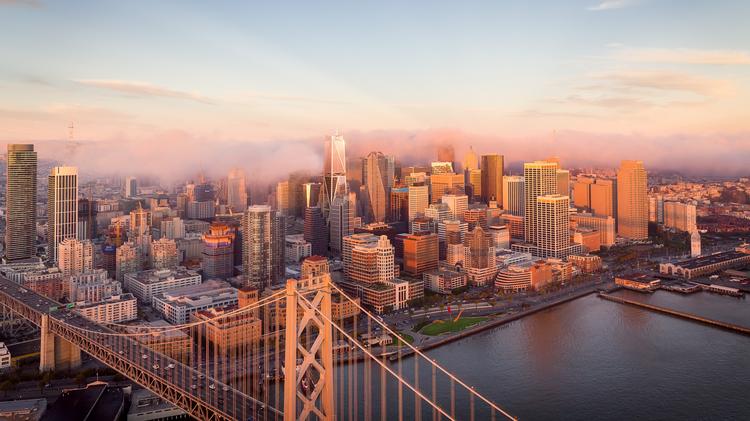 Unlike other luxury condo developments, Jay Paul built out the five penthouses with interiors whereas other developers leave penthouse units as “shells” so that buyers can design the home to their taste.

“We felt that this was a better way to present the product,” Lituchy said. “Also, it avoids a long, drawn-out construction process where you have workers and noise and disruption in the building. We wanted to avoid that as much as possible.”

Unlike other luxury condo developments, Jay Paul built out the five penthouses with interiors whereas other developers leave penthouse units as “shells” so that buyers can design the home to their taste.

“We felt that this was a better way to present the product,” Lituchy said. “Also, it avoids a long, drawn-out construction process where you have workers and noise and disruption in the building. We wanted to avoid that as much as possible.”

So far, buyers have closed on about a dozen homes in 181 Fremont ranging from $1.4 million to $15 million or about $2,300 to $4,509 per square foot, according to Polaris Pacific, a condo marketing and research firm.”

181 Fremont is a premium building, there’s no doubt about it,” said Dona Crowder, an agent with Coldwell Banker who represented the buyer in the penthouse deal. “It’s a one-of-a-kind building and quite exclusive.”

She declined to disclose anything about the buyer, but did say is a local who also bought one of the accessory condos and went into contract soon after sales started. The buyer was wooed by the building’s views and location.

Property records show the buyer as James Catherwood Hormel, who is a well-known San Franciscan philanthropist and former U.S. Ambassador to Luxembourg. He is also grandson of the founder of Hormel Foods, which produces Spam. The buyer is also listed as purchasing another unit in the building for $1.7 million.

Homes in 181 Fremont boast the highest residences above the ground in San Francisco. The penthouses, at more than 700 feet above the street, boast bridge-to-bridge views of the city and the bay. The level of quality of the building, amenities and finishes justify the hefty price points, Lituchy said.

“We’re also capturing a large percentage of the sales over $3.5 million,” Lituchy said. “There are not many sales at that price level, but we think we’re getting more than our fair share at that level.”

Home prices are higher than ever in San Francisco with a median sales price of $1.35 million for all home types, according to real estate listing site Trulia. Prices have soared during the past decade amid a booming economy and dearth of housing inventory on the market.

“It looks (Jay Paul) got the timing right and they brought on gorgeous inventory and have been finding a market for it,” said Patrick Carlisle, chief market analyst for residential brokerage firm Compass, which recently acquired Paragon Real Estate Group. “Ultimately, we’re a small city that happens to be at the center of the biggest high-tech boom in history.”