181 Fremont: 6 of the Healthiest Buildings in the World 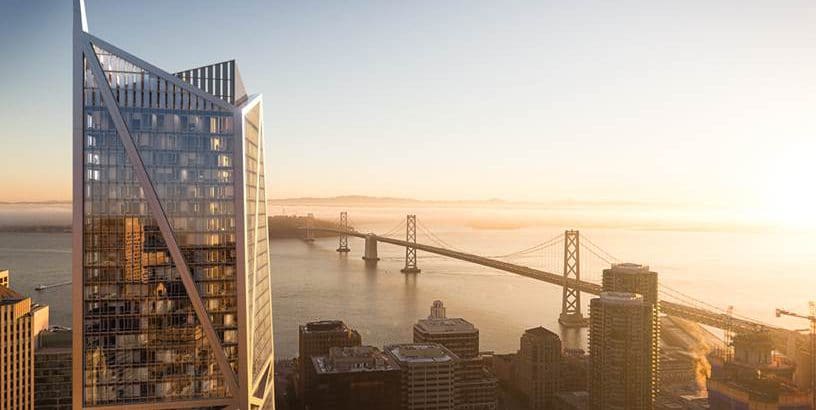 From event venues to supertalls, we found six properties that go beyond LEED, WELL and Fitwell to push the limits of healthy buildings.

Siemen’s event venue has earned Outstanding BREEAM and Platinum LEED accreditation, making it the first building in the world to achieve both standards, but that is just the beginning. The crystal-shaped building is part of Siemens’ sustainable cities initiative that aims to transform cities through sustainable technology. Designers Wilkinson Eyre and Perkins+Will used solar and a ground source heat pump to generate on-site energy for the all-electric building. The Crystal also harvests rainwater, treats blackwater and has solar heating. The 193k SF venue has hosted more than 250,000 visitors since opening in 2012.

At 800 feet high, this Jay Paul Co development [181 Fremont in San Francisco] will be the tallest mixed-use building west of the Mississippi River when it delivers with 55 condos and 435k SF of Class-A office space. A water reusing program captures, treats and reuses graywater and rainwater, and a glass curtain wall system maximizes natural light. Green systems like this allowed the tower designed by Heller Manus Architects to become the first pre-certified LEED Platinum building in San Francisco.

In addition, the tower has features to insulate it from natural disasters. 181 Fremont has not settled or sunk one inch since it was built into 260 feet of bedrock. It can withstand a 475-year seismic event. An Electronically Activated Streamer Emission system dissipates lightning strikes, reducing the chances of electronic malfunction. The tower will have the world’s first evacuation elevators. That’s right, in an emergency, signage will instruct people to use elevators, not stairs.