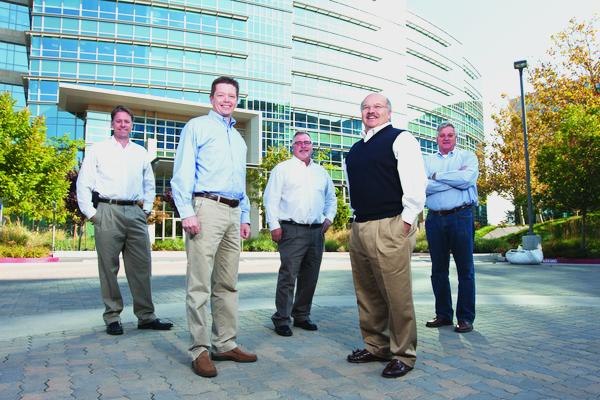 The general contractor award attaches Sunnyvale-based Level 10 to one of the highest-profile projects in Silicon Valley’s current corporate-campus boom. And it comes not even two years since a group of seasoned vets from venerable Rudolph and Sletten Inc. split off to form the small construction company.

The confirmation follows the Menlo Park City Council’s approval on Tuesday of the project, a roughly 433,000-square-foot building that is notable for its enormous single-room floorplate and planned rooftop forest that will feature hundreds of trees – a major engineering and construction challenge.

Level 10 executives did not return a phone call or email seeking comment. But the project win, which was confirmed by a Facebook spokesman, suggests Silicon Valley now has another major construction player that can bid on – and win – the exceedingly complex jobs that are the hallmark of today’s tech owner-user.

Level 10, which is majority owned by Jay Paul Co., has so far kept busy mostly on projects for the San Francisco-based developer, including at Jay Paul’s Moffett Towers project, which have been well-received in the marketplace.

But it was always the company’s intention to work for a broad client base, Jay Paul COO Janette Sammartino told the Business Journal in 2011. Those market sectors include corporate office, medical facilities, biotech space and educational facilities, President Dennis Giles said at the time.

While it is a young company, Level 10’s principals are no strangers to massive construction projects. Giles worked on the former Sun campus in Menlo Park while at Rudolph and Sletten. Facebook took that campus over in 2011. It is located within spitting distance from the planned 22-acre West Campus.