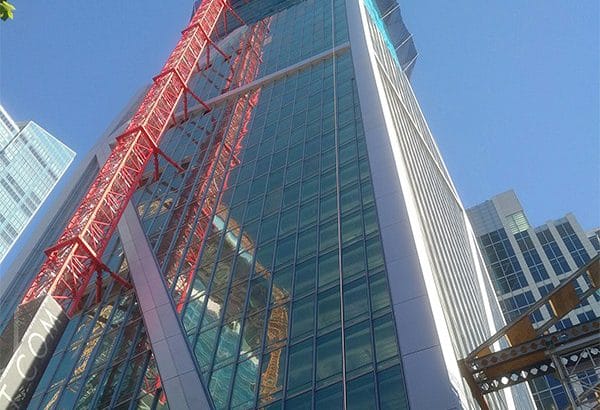 The towering debut will occur in San Francisco later this year, when a Wolffkran 700B is delivered to the site of developer Jay Paul Co.’s 802.5-ft-tall, 684,000-sq-ft office-condo tower being built at 181 Fremont St., next to the Transbay Transit Center. The 54-story, $500-million high-rise will be the city’s second-tallest tower upon completion in May 2016, according to Sunnyvale, Calif.-based Level 10 Construction, the project’s general contractor.

The builder stumbled across Wolffkran after an exhaustive search for the load capacity, line speed and range necessary for erecting the building’s mega-frame structure, says project executive Steve DeWees, who is renting the 55-ton capacity, 230-ft-radius 700B from Maxim Crane Works L.P., Bridgeville, Pa.